I want to share with you a call that I happened to be able to listen in on. I think it is important to understand the real importance of outsourcing so that you won't be so hesitant to do it.

One of the guys on the call was a well known marketer. I won't mention any names because I don't want to embarrass anybody. Anyway, he was talking about his frustrations with his last project because it took 2 years to complete. When the other person on the call asked him why, his response was simple. “Because I had to do everything myself.” 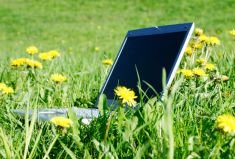 But the worst part about the delay was that the project was very time sensitive. In other words, it was a hot topic. The earlier it got out there, the better. By the time the project was completed, the topic wasn't as hot and the project didn't do as well as expected. If it had come out 2 years earlier, it might have been a good way to make money online though there are never any guarantees. But that's what happens when you're a control freak.

It's a very hard thing to give up control. It's like handing over your only child to a daycare center. You really don't want to do it. But think of what happens if you don't. You will then have to stay home with the child which means you will probably have to give up your job. Not very practical, wouldn't you say?

Okay, enough lecturing. I think you understand the value of outsourcing when it's really needed.

In my last post on outsourcingÂ When You Are Dead Broke Outsourcing Tips we talked about ways to get your outsourcing done if you didn't have the cash right away, such as sending an ad to your list or paying from later profits or even putting a link on your site saying who the site was designed by.

Another thing you can do is barter services. In other words, let's say you're a crackerjack sales copy writer and you need a website done for you. You can offer to write sales copy for the site designer in exchange for his site design. Now, he may not have any use for sales copy but you never know. It doesn't hurt to ask. Bartering of services has been going on since the beginning of time. Why? Well, because it works.

Once your business actually starts to take off and the sales start coming in, you are going to find something that is going to disturb you a great deal. The more success you have, the greater the number of emails that you will receive. Eventually, you will reach a point where you can't personally answer all of them. Guess what? You got it. This is one of the main things that you should outsource. Get a company or a virtual assistant to handle your email for you. Otherwise, you will get buried by returning emails and won't be able to get any work done at all.